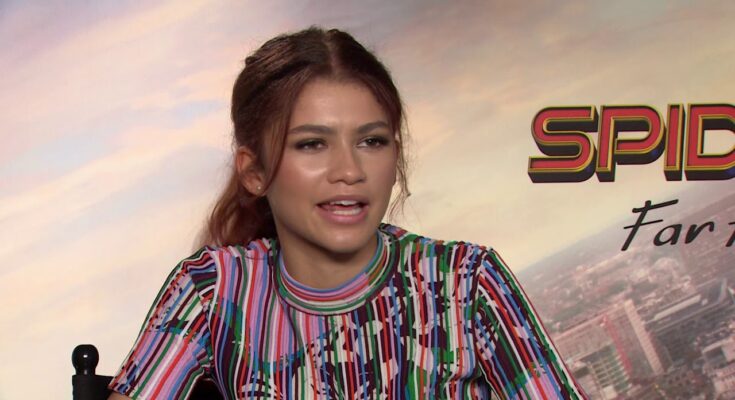 According to Zendaya, season 2 of Euphoria would be “devastating” for many viewers.

Created by Sam Levinson, the HBO teen drama last year won a Primetime Emmy Award for the 24-year-old for her performance as a recovering drug addict. Taking a break from filming new episodes, Zendaya caught up with Teen Vogue to tease what was to come.

We don’t know much about exciting Season 2, but we do know that what’s currently being filmed isn’t what producer Sam Levinson originally planned. Zendaya revealed that the pandemic had given Levinson time to reconsider and rewrite the upcoming season with something new in mind. Levinson himself also said that the success of a special episode designed to keep fans invested in the show made him rethink season 2 as well.

“But, you know, the show was intense. And it’s also very personal, not only to ourselves and everyone who works there but also to other people who have been able to identify so deeply with the characters. or see their experiences reflected through Rue.” So we take it very seriously. And it’s a challenge, and it’s a tough season.”

The Spider-Man star went on to explain the importance of Euphoria’s hard material.

“I think Rue really deserves all of this attention when it comes to her character because I think she means a lot to so many people. And I hope to make those people proud with our performances of Rue [and] where all the people go. characters.

“I think this season won’t be easy, though. It won’t be a fun watch, I don’t think. Sometimes.”

Of course, it is not only the script that has changed in Season 2. The cast also went through subtle changes. A scheduling clash forced Calvin Harrison Jr. to drop out of the upcoming season. But despite all the changes, the cast seems very excited to be back on set. Of course, they are taking precautions to make sure their sets are pandemic compliant. Zendaya, for example, is tested daily for coronavirus and is rarely seen without a stylish mask.

Zendaya is delighted to return to Rue’s character but admits that filming season 2 isn’t easy. Fans of the show know the excitement, Don’t be shy on deep topics. The show dealt with addiction, abuse, terminal illness, assault, abortion, and abuse only in the first season. And it looks like Rue and his friends will be even fiercer next season. Zendaya said in an interview with Teen Vogue that a season full of sophistication would be particularly hard to see.

In other words, don’t expect to laugh too much.

Euphoria airs on HBO in the US and Sky Atlantic in the UK. Excitement Season 2 certainly looks ominous, but we’re sure fans will be stunned to see what’s next. There’s no official release date yet, but Levinson said he expects the season to premiere sometime in 2021.

How excited you are about the next season of euphoria? Have your thoughts in the comment section below.